For us here at the #MGBookVillage, it’s a very happy Saturday indeed. That’s because we’re lucky enough to be hosting a cover reveal for The Right Hook of Devin Velma, the second novel by Jake Burt, author of last year’s all-around exceptional Greetings from Witness Protection!

Before we get to the big reveal, I’d just like to thank Jake for thinking of the Village as the place to host it, and also for taking the time to answer a few of my questions about The Right Hook of Devin Velma and its cover. Read my brief interview with Jake — and see the new book’s cover! — below.

Jake! You’ve been busy, my friend. Greetings from Witness Protection! released last October, and since then, you’ve been touring, Skyping, guest posting all over the place, AND teaching your 5th graders in Connecticut. Somehow, amidst all of this, you’ve found time to get your second novel ready for the presses. I’m impressed!

But before we reveal the cover of your latest masterpiece, can you tell us a little bit about it?

Absolutely . . . right after I thank MG Book Village for hosting me, and you for the interview. My upcoming novel is entitled The Right Hook of Devin Velma. Like Greetings, it’s a MG contemporary. We’ve been hard at work on the cover copy (that’s the little summary that will go on the back of the ARC), and here’s a shortened version of it, to give you a taste of what the novel is about:

When Addison Gerhardt’s best friend, Devin Velma, begs for his help, Addi knows he’s in trouble. After all, Devin wants to hit it big on the internet by pulling a stunt at an NBA game – one the entire nation will be watching. Addison can’t turn Devin down, but he can barely manage talking to his teachers without freezing up. How’s he supposed to handle the possibility of being a viral sensation?

Addi’s not sure why Devin is bent on pulling off this almost-impossible feat. Maybe it has something to do with Devin’s dad’s hospital bills. Maybe it all goes back to the Double Barreled Monkey Bar Backflip of Doom. Or maybe its something else entirely. No matter what, though, it’s risky for both of them, and when the big day finally comes, Devin’s plan threatens more than just their friendship.

That sounds fantastic! I can’t wait to find out what the Backflip of Doom entails.

You won’t have to wait long . . . it’s the title of the second chapter.

Now that we know what the book is about, let’s get to the cover art. Can you tell us a bit about it?

It’s ORANGE — which, by the way, I think was a great choice by the art department at Macmillan. We wanted something modern and poppy, and since we felt that the title was a strong draw, we wanted to highlight it as well. The colors they chose do a great job of that in my opinion.

We also decided to go in a cartoonish direction. The cover of my first novel was very concept-y, with the characters’ faces pixelated and barred (save my main character, who looks like she’s taped into the family). There was a lot to “read” on that cover. I adore covers like that, but for this one, we wanted something simpler, something both inviting and spare. That’s why we went for the portraits of the two main characters, represented in a sort of caricature style.

Well then, without further ado: 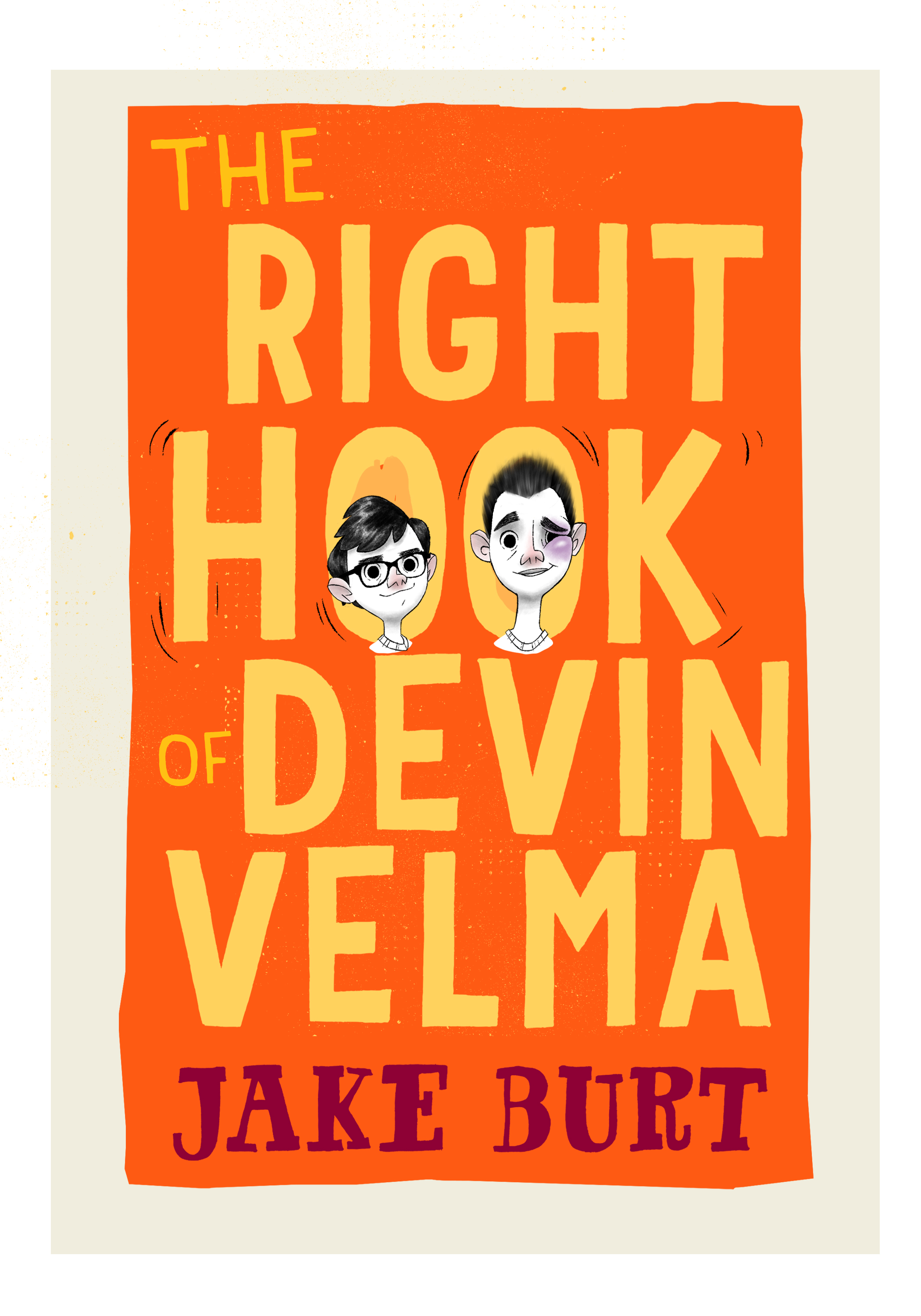 Whoa! Congratulations, man! I know it’s always a rush to see what your baby is going to look like on the shelves. Can I ask you what your initial thoughts were when you first saw this one?

I love the way the artist, Tom Booth (www.tom-booth.com/), captured Addison — the narrator of the story. He’s the tall guy on the right who looks like he’s just had a rendezvous with the business end of someone’s fist. Devin, his titular best friend, has a goofy sort of confidence that’s spot on. Yes, both boys are highly stylized, but I think that’ll draw kids in. Another aspect of cartooned cover characters I like is that they’re representative enough without instantly petrifying how the reader imagines the character. Even though I read every single Harry Potter book before seeing one of the movies, Daniel Radcliffe leaps into my head every time I imagine Harry. It was never that way with the Harry from the cover illustrations, and I liked that freedom. Not that Radcliffe makes a bad Potter (quite the opposite!), but I enjoyed it when the Harry in my brain was unique to me. I hope Addison and Devin afford the same opportunity to readers . . .

Jake — thanks so much for giving us this first glimpse at the cover of The Right Hook of Devin Velma. When can we expect to see Addison and Devin on shelves?

October 2nd, 2018 (Feiwel and Friends/Macmillan). Only eight months to go! 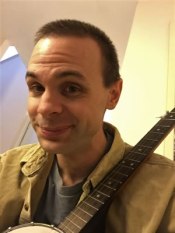 Jake Burt is the award-winning author of Greetings from Witness Protection! The Right Hook of Devin Velma is his second novel. He lives in Connecticut, where he also teaches fifth grade, plays the banjo, and runs around on the ultimate frisbee field. Check him out at www.jburtbooks.com and on Twitter @jburtbooks.

3 thoughts on “Cover Reveal: THE RIGHT HOOK OF DEVIN VELMA by Jake Burt”