Comments on your writing always stick with you. It’s why reviews are a blessing and a curse.

One comment that has stayed with me came from an agent that passed on the manuscript that would go on to become my YA debut, So Not The Drama. She said, “It’s a bit too earnest.” And I remember thinking – but isn’t earnest good?

Shortly after her thanks but no thanks, I realized a few things:

Reading serves many purposes – escape, information gathering or to sate curiosity. When a young reader dives into a book, they want an honest reflection of the world at their fingertips.  Some books relay that honesty through humor. Some through suspense. Others wrap the story in an essence of fantasy. No matter the package, the delivery must contain kernels of truth that allow a young reader to process happiness, pain, death, injury or joy.

That agent passed on my work because of its honesty. Many years later, a book packager’s counsel to me was that my voice was more MG than it was YA. They too nodded to my YA’s earnestness as to why.

I owe that packager a tip of the hat. Their comment would years later wake in me an urge to tell a tough story through the lens of a thirteen-year-old. As I wrote So Done and the book that will follow, I worried their content might be too much. And for some, it may be. But the last thing we should want from MG authors is drama draped in the fake veneer of life lessons. Kids live in the same world that we do.  Sometimes they’re targeted for harm, by adults. Books are a way for young victims to find their voice. Books may lead them out of darkness. Books may push them to speak out or ask for help.

I’ve never set out to teach any lesson through my books. I leave teaching to educators. I leave a reader’s parents to help them understand what my book exposed them to.

But no matter how tough the topic, I’ll always be honest with readers. I don’t know how not to.

I salute today’s MG authors who are tackling topics that, maybe even two years ago, would have been deemed too complex for MG readers.

Traditionally, MG has never shied away from tough topics. But, by definition, tough is relative to the times. Social media and broadcast news expose young people to complex topics like sexual abuse, drug use and, of course, racism daily. Why would today’s MG not reflect how young citizens of the world are impacted by these issues?

And if you’re going to do it, honestly is the only way. 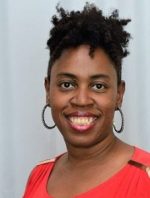 Paula Chase hasn’t slept in eleven years. She also feels like people are speaking a foreign language when they use the term “free time.” Her awake hours are spent split between her work with a municipal association, mothering two, wife of one, and authoring MG and YA books. She is a co-founder of The Brown Bookshelf and can be found on Twitter @paulachase or at www.paulachasebooks.com