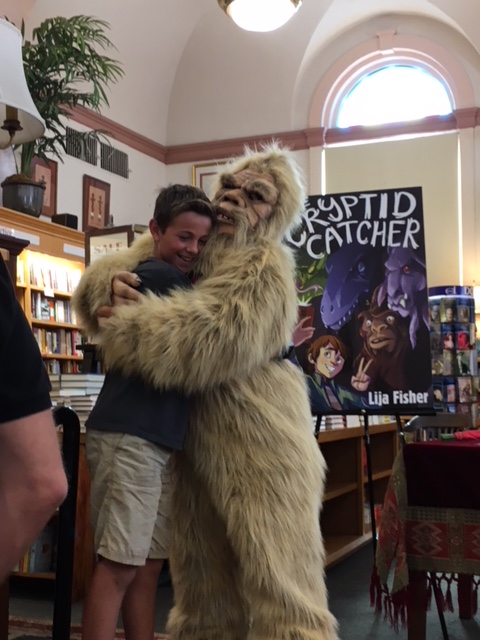 In my MG debut novel, THE CRYPTID CATCHER, I explore the world of cryptozoology, which is the study of ‘hidden animals,’ like Bigfoot and the Loch Ness Monster.  Many consider cryptozoology a pseudoscience, like ghost hunting and ufology, because there’s no scientific evidence these beasts exist. But can reading books about The Yeti be an educational tool for kids? I believe the answer is…absolutely yes!

What if we pretend for a moment that cryptids might be real and explore them as such? It’s not out of the realm of possibility. After all, 18,000 new animal species are discovered by scientists every year. Okay, most of those are insects and not Ottermen or Sea Kraken. But still, just recently a trout thought to be extinct was found swimming along just fine in Colorado. In this world that is beginning to seem over-explored, where kids can find the answer to any question by asking Alexa, isn’t it exciting to think that there are still some things left to be discovered?

So what do kids learn by studying cryptids? Loren Coleman, director of the International Cryptozoology Museum in Portland, Maine, states, “Cryptozoology is the gateway to biology, zoology, ecology, anthropology, paleontology, and other life sciences. In the 1950s, a fascination with dinosaurs was later replaced by all sorts of scientific interests. Now, people want to know more and more about cryptozoology and are exposed to a vast universe of sciences full of animals and mysteries.”

Cryptozoology and its connection to other sciences is all around us. Just recently, yet another search of Loch Ness was done by scientists using environmental DNA to try to find proof of Nessie. And in Montana, a rancher shot a creature that nobody, not even the local wardens from Montana Fish, Wildlife and Parks could identify. Theories abounded about what the beast was, and cryptozoologists were interviewed about its potential identity, which ranged from the Direwolf to the Dogman. Alas, the animal turned out to be a standard gray wolf, but for a time the discovery about what this beast could be made science very exciting!

Whether or not you believe in the existence of these legendary creatures, studying them with kids can be a gateway science and help create our next generation of anthropologists, marine biologists and conservationists – because who wouldn’t want to protect the home of the Ugly Merman in Russia? Cryptids are the new dinosaur, and a child’s curiosity about the chupacabras or snallygaster could lead to an interest in other life sciences. 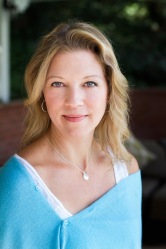 Lija Fisher is the author of THE CRYPTID CATCHER, a middle grade humorous adventure novel with Farrar, Straus & Giroux that received a starred review from Booklist and is a Junior Library Guild selection. THE CRYPTID KEEPER is forthcoming.   Lija was the Writer in Residence in 2017 with Aspen Words.