I was thrilled when I heard that Penguin Random House had decided to make an audiobook for Operation Frog Effect. But my first thought was, “What about Blake?” Blake is one of my eight main characters in the book. It’s written from eight POVs, each with his/her unique style. Blake illustrates his entries in graphic novel form. Blake’s sections have minimal words. So . . . I wasn’t sure how an audiobook would work. How could anyone “read” it?

Luckily, the audiobook producer (the frog-errific Linda Korn) contacted me on the front end and was ready to help me brainstorm. She suggested we convert all of Blake’s sections into text that could be read out loud. I went back through my illustration notes and fluffed them out into a narrative that described what Blake drew. (To be totally honest, this draft was “meh” at best.) I am so grateful for Linda’s input. She suggested I re-write, not so much describing the illustrations, but as if I were inside Blake’s head in the moment, WHILE he was sketching. I loved this suggestion. Luckily Linda’s office was about an hour away, so we met at a mid-way point, purchased some highly sugared caffeinated beverages, and hashed much of this out together. Working as a team is my favorite. I tend to be the kind of author who gets so caught up in her story that she can’t see the forest for the trees. Having another perspective enriches my work. I’m so grateful that Linda took the time to help me coax Blake’s story from the images into full blown text.

The audiobook producer selected nine different actors to narrate this book. One actor for each character, and one actor to narrate the sections that didn’t fall solidly into a particular character’s voice (like signs, chapter headings, etc.) She selected a diverse cast of actors, which made me oh-so-happy. My characters are equally diverse, so this representation felt authentic to me.

The absolute highlight of the audio book experience was being asked to record author commentary for the end of the audio book. Me being me . . .  I prepped. A ton. I brought in my crinkly notepaper, all prepared to read my commentary word for word. Again, I’m grateful for Linda’s guidance and patience. She helped me get comfortable in the recording booth and instructed me to set my papers down and just talk to her. She was aiming for a relaxed commentary that showed my personality, not something prepared ahead of time. I finally relaxed, and once I got on a roll, I almost didn’t want it to end. 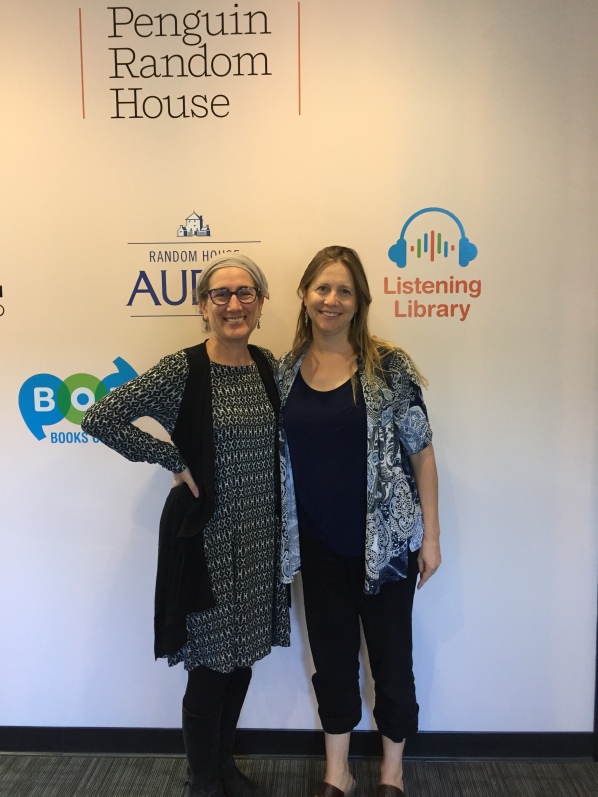 The audio book for Operation Frog Effect releases in late February, 2019. Hope you like it!