This month, we’re trying something brand-new at Middle Grade @ Heart: a double feature! We’ll be spotlighting BOTH Marie Miranda Cruz’s EVERLASTING NORA and Ann Braden’s THE BENEFITS OF BEING AN OCTOPUS. Each one focuses on different experiences of poverty—one in the United States, one in the Philippines—and we think they will make for an interesting comparison and contrast!

We will have a variety of content about both books, and we hope that if you’ve already read one, this will give you a chance to track down the other and focus on that.

An uplifting young reader debut about perseverance against all odds, Marie Miranda Cruz’s debut Everlasting Nora follows the story of a young girl living in the real-life shantytown inside the Philippines’ Manila North Cemetery.

After a family tragedy results in the loss of both father and home, 12-year-old Nora lives with her mother in Manila’s North Cemetery, which is the largest shantytown of its kind in the Philippines today.

When her mother disappears mysteriously one day, Nora is left alone.

With help from her best friend Jojo and the support of his kindhearted grandmother, Nora embarks on a journey riddled with danger in order to find her mom. Along the way she also rediscovers the compassion of the human spirit, the resilience of her community, and everlasting hope in the most unexpected places. 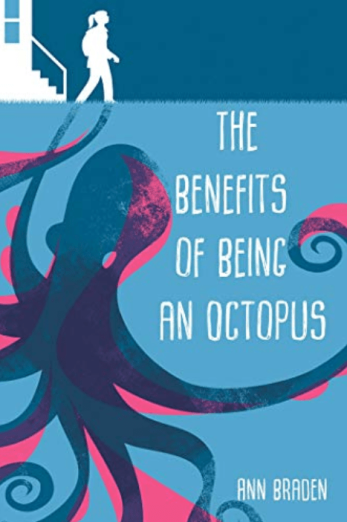 Information on THE BENEFITS OF BEING AN OCTOPUS:

Seventh-grader Zoey has her hands full as she takes care of her much younger siblings after school every day while her mom works her shift at the pizza parlor. Not that her mom seems to appreciate it. At least there’s Lenny, her mom’s boyfriend—they all get to live in his nice, clean trailer.

At school, Zoey tries to stay under the radar. Her only friend Fuchsia has her own issues, and since they’re in an entirely different world than the rich kids, it’s best if no one notices them.

Zoey thinks how much easier everything would be if she were an octopus: eight arms to do eight things at once. Incredible camouflage ability and steady, unblinking vision. Powerful protective defenses.

Unfortunately, she’s not totally invisible, and one of her teachers forces her to join the debate club. Even though Zoey resists participating, debate ultimately leads her to see things in a new way: her mom’s relationship with Lenny, Fuchsia’s situation, and her own place in this town of people who think they’re better than her. Can Zoey find the courage to speak up, even if it means risking the most stable home she’s ever had?

This moving debut novel explores the cultural divides around class and the gun debate through the eyes of one girl, living on the edges of society, trying to find her way forward.

Our newsletter will go out on April 22nd, and our Twitter chat will be April 30th!